See the VATUSA Master Class: Maximizing Airport Arrival Capacity video for a great example of how to work a busy approach position. Work to a plan, adjust as necessary. Manage altitudes and speeds to establish good separation.

You can also check out this video of Seattle Final Approach in the real world.

The initial altitude of 7000 feet at KSEA is designed to keep departures below arrivals on the STARs. The approach controller handling departures must be careful to not give climbs above 7000 until clear of all arriving traffic.

SEA_TWR can maximize departure rates by preventing successive departures on the same route as much as possible.

In general, departures should be allowed to climb via the SIDs to get clear of the arrival paths before issuing further climbs or vectors.

North flow also has noise abatement STARs available. Although these are limited to certain nighttime hours in real life, we don't require those limitations on VATSIM. These are RNAV hybrids where aircraft will fly the noise abatement route and after reaching the end will need radar vectors. Departures to the southwest half of the compass will generally take the OZWLD/ISBRG, while departures to the northwest half will generally take the JEFPO. During noise abatement hours in real life, arrival rates are generally low. Make sure the OZWLD/ISBRG departures don't climb into the MARNR arrival path. For the JEFPO, aircraft headed east should be able to climb above GLASR arrivals after being vectored on course leaving JEFPO. Top altitudes are 9000 as there are fewer arrivals during these hours, so watch for possible conflicts.

The following diagrams are intended as a visualization of the various KSEA departure streams and the important interactions with the arrival streams. 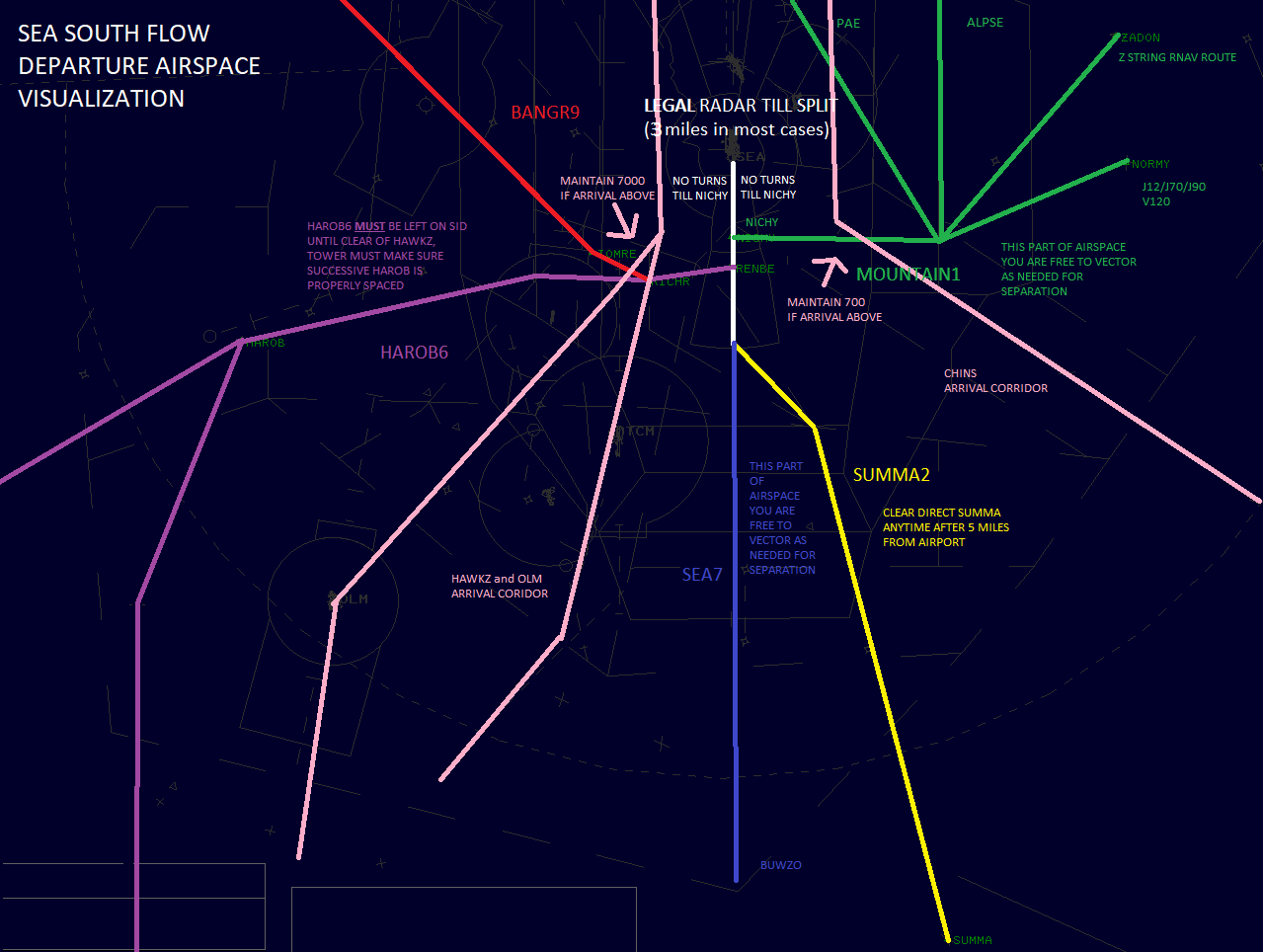 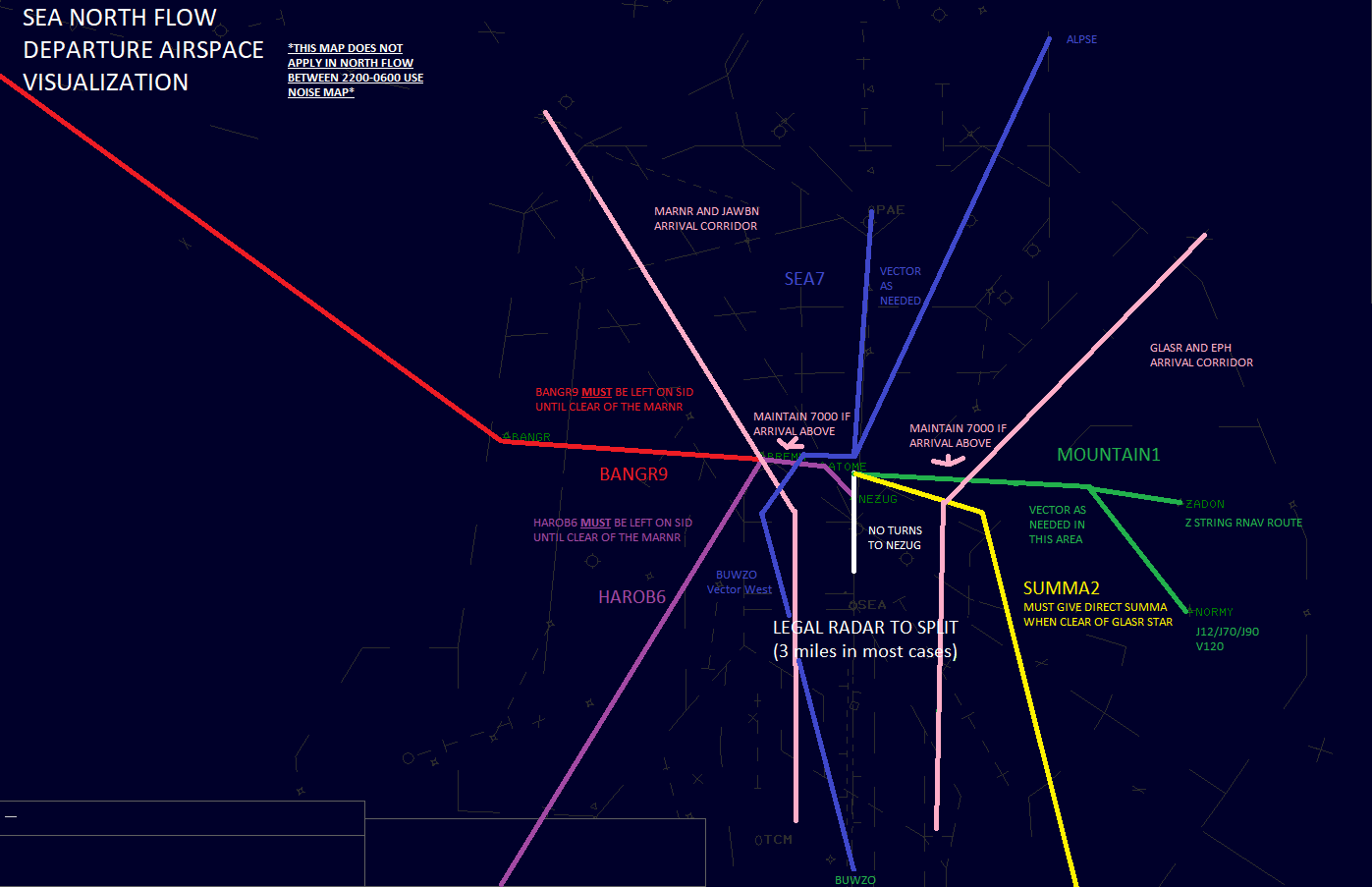 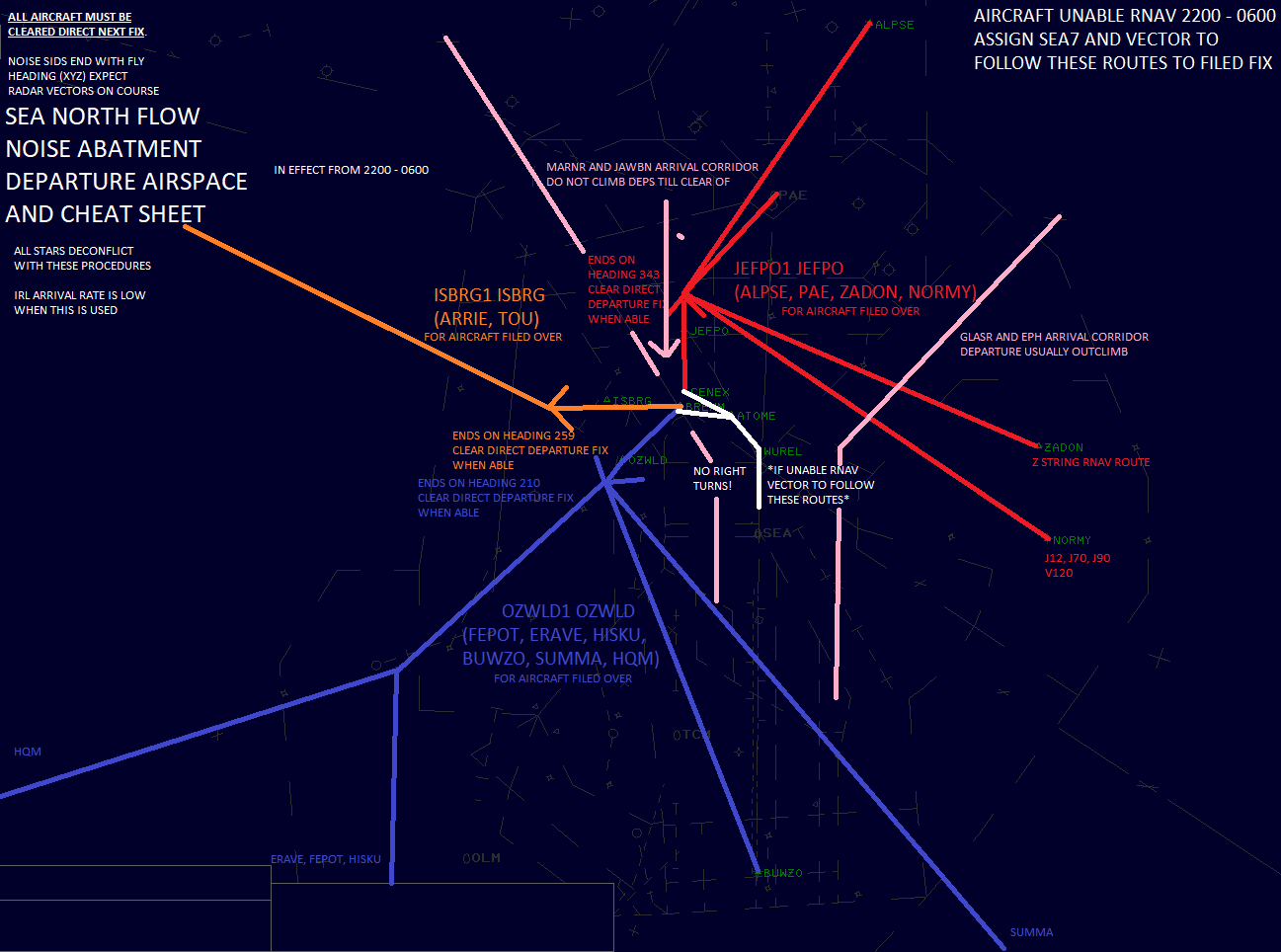